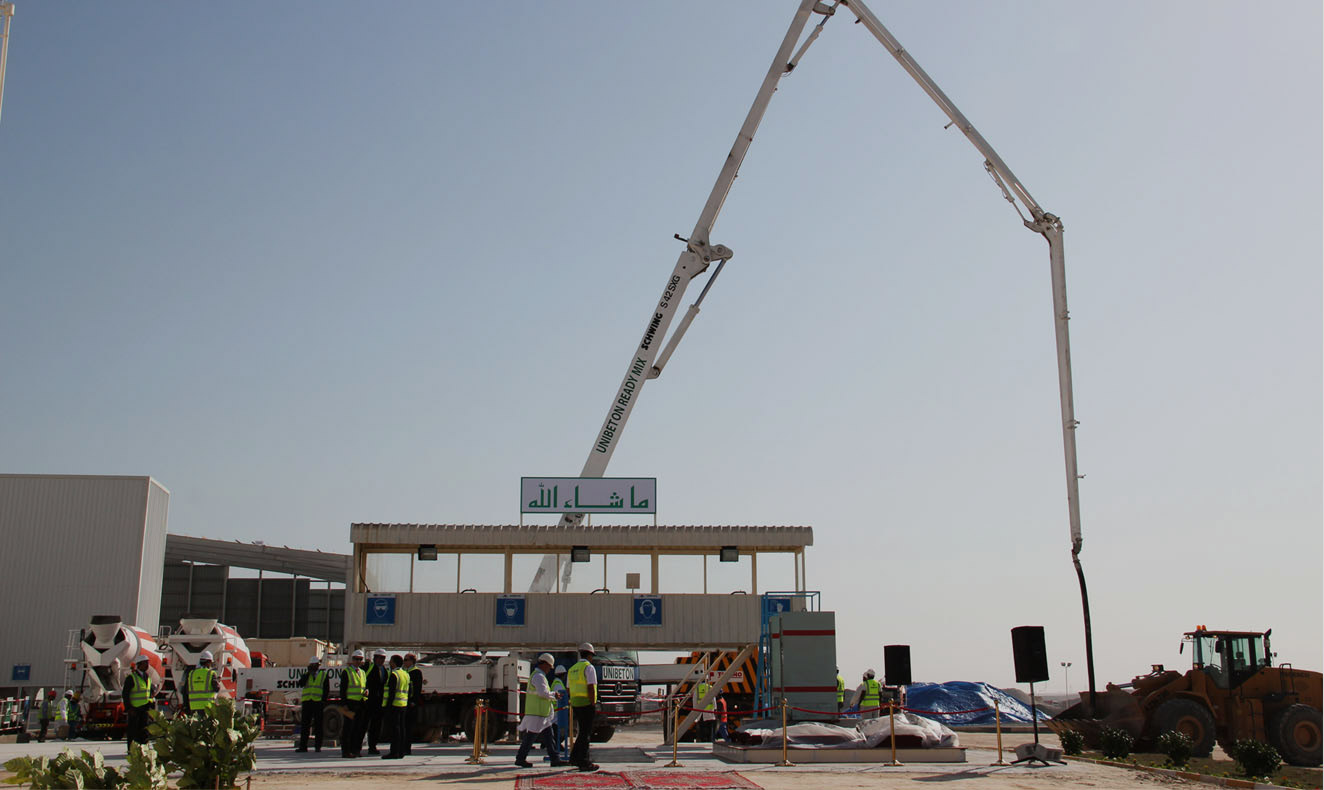 Kingdom Tower is a skyscraper currently under construction in Jeddah, Saudi Arabia, at a preliminary cost of SR4.6 billion . It will be the centrepiece and first phase of a SR75 billion proposed development known as Kingdom City that will be located along the Red Sea on the north side of Jeddah. If completed as planned, the tower will reach unprecedented heights, becoming the tallest building in the world, as well as the first structure to reach the one-kilometre-high mark. The tower was initially planned to be 1.6 kilometres high; however, the geology of the area proved unsuitable for a tower of that height.